The game starts by placing you and your opponent's Orbs on the battlefield.

A turn happens for both players simultaneously.

Start a turn by drawing 5 cards. When the turn ends, discarding your hand. 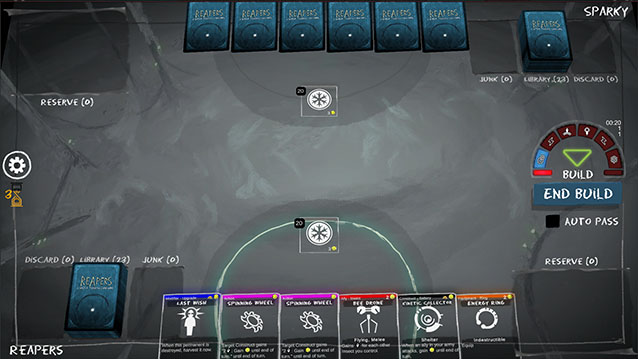 There are 3 phases: Build, Fight and Harvest 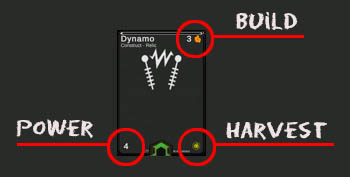 Accumulate ressources in your Reserve until you have enough to play more cards or transform your Orb. 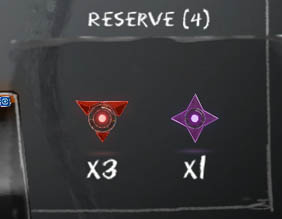 When a card executes an action, it becomes Exhausted (turned on its side).
Cards that are Exhausted cannot harvest at the end of the turn.

The goal is to be able to pay for your Orb's Transform ability and flip the card.

Once transformed, your Reaper can destroy the opposing Reaper to win the game.

You can also worship your Reaper five times to win the game.

The cards have abilities. Pay attention to the text on a card since it can change how the card behaves. 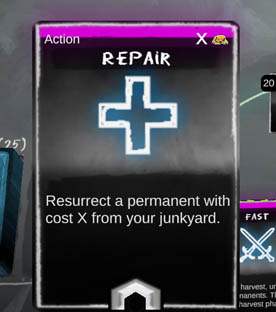 Some cards of the current season are shared.
When the season ends, you will no longer have access to these card (unless you own copies of them).
Cards of the new season will then be shared, allowing you to create new decks!

Pick 1 double-sided Reaper card from your collection.
The Orb will harvest the ressources in the lower-right corner each turn. 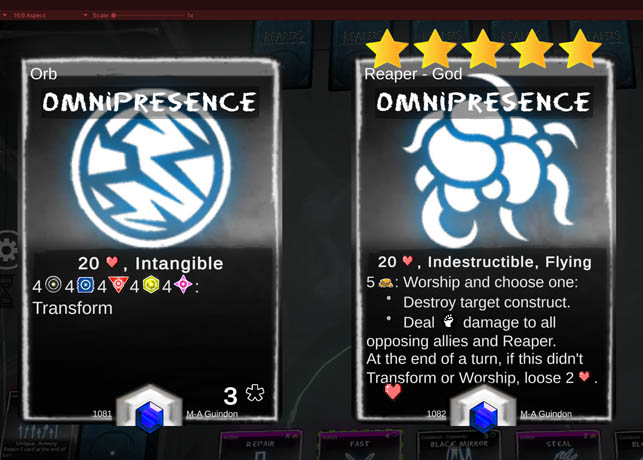 Carefully select the other 49 cards of your deck, trying to match your Orb's ressources and colors.
Ideally, you would try to find cards with the lowest Build cost, and with the highest Harvest.
The card's power is important when attacking or defending against your opponent's army. 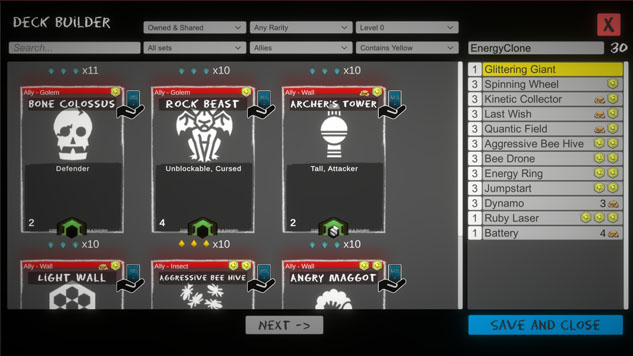